Ray Rice – jerk. Simple enough. He cold-cocked his fiancé in a casino elevator. He’s out, cut from the Baltimore Ravens and, at least for now, banished from the NFL.

About that banishment, though: Took you long enough, Roger Goodell. Oh, and way to go with that whole two-game suspension thing.

Here’s the thing, though. I’m hearing rumblings that some fans of the NFL are so disgusted, they’re turning their backs on the game. Which … OK. But who are you hurting, really? Only yourself.

And that brings me to a Facebook message conversation I had this morning with my friend Aaron Gouveia, publisher of the Daddy Files. Aaron is a lifelong New England Patriots season ticket holder. He wanted to name both of his sons Tom Brady Gouveia, but opted for Will and Sam – one Mike short of a linebacker trio.

Parents want to be able to tell their kids the right things when it comes to athletes gone bad. Me? I just tell them that athletes are human, too, that some of them do bad things, and that just because they can run faster and do other incredible things on the field or court, it doesn’t mean they can’t fail at life.

Aaron seems to be feeling a little guilt, though. He was having a tough time reconciling his love for the NFL with feelings of disgust toward the way Goodell has bungled the Ray Rice case.

I tried to talk him down over the course of a half-hour Facebook conversation. Here is a slightly edited version of that back-and-forth, reprinted with Aaron’s permission. Enjoy this glimpse into a couple of twisted minds, each of whom was determined to get his point across on a complex issue:

Aaron Gouveia: I’m trying to work up a Ray Rice related column, but it keeps turning into the same thing – I am a hypocrite and I am part of the problem because I have no plans to stop watching football even though I know I should.

Carter Gaddis: Why? Why should you stop watching football?

AG: Because the NFL is clearly covering this up and covering their asses. They all but condoned domestic violence both with that 2-game suspension and by letting guys like (Ray) McDonald and (Greg) Hardy continue to play.

AG: I stopped buying Barilla pasta, would never set foot in a Chick-fil-a, etc. All because I don’t want to support a company with those warped morals. Yet I’m going to watch football.

CG: But you didn’t stop watching the Pats after Aaron Hernandez turned out to be a murderer.

AG: The Pats cut Aaron Hernandez immediately. They didn’t hesitate to make the right decision even before their hand was forced.

CG: I don’t think you can conflate the Chick-fil-a thing or Barilla thing with this. I’m with you on both of those things, by the way. But this is different because no one’s human rights are being infringed upon. There have always been criminals on our courts and our fields.

AG: These other teams are allowing known criminals to play. (Greg) Hardy was convicted for (crap’s) sake.

And Goodell is lying. He’s flat out lying.

AG: That’s the problem. I can’t call him out and continue to support the product that makes him so powerful.

CG: You’re over-thinking it, though. This isn’t a human rights issue. You can enjoy the product and still rage against the policies.

AG: I can. But I don’t think doing that gives me any credibility. Because if I’m really that upset about it, I can rail against AND stop supporting it. Except I don’t want to.

CG: To turn your back on it would be extreme. And unrealistic. It wouldn’t prove anything.

AG: I think it would. It would prove that even a diehard NFL fan is so sick of what’s happening he quit the NFL altogether.

AG: Exactly. Which is why the NFL never has to change because too many people feel like I do – they’re upset but not upset enough to walk away.

AG: In name only.

CG: No, these are real changes.

AG: (Ray) McDonald was allowed to play after being arrested for beating his wife WHILE THE RAY RICE FIASCO WAS HAPPENING.

Also, think about this …

If an NFL player goes out and levels his girlfriend in an elevator today, what happens?

CG: Nope. The Rice thing now has changed that. This is fluid.

CG: That is out the window.

AG: Hopefully, but not yet.

CG: Rice has been suspended indefinitely and kicked off his team. So … out the window.

AG: I know. But under the new rules created because of Ray Rice, the person who does this next is currently subject to 6 games for a first offense.

In the end, the only real way to tell the NFL consumers are fed up is to stop watching the games. Stop buying tickets. Stop purchasing jerseys. And unfortunately, I’m just not prepared to do that because I’ve gone to almost every Patriots home game since the age of 6. My dad has had season tickets for more than 40 years. Tickets I’ll one day inherit. Tickets I hope to pass down to my son, along with a love for the Patriots. So while I can shout my outrage to the heavens about how the NFL handles domestic violence among its players, I’ll be a hypocrite if I do anything short of walk away.

CG: Rage on, dude. Trust me, no one is going to think any less of you because you still want to watch football. If anything, criticism means more coming from a devoted fan of the sport. A dissenting voice inside is more effective than a voice in the wilderness. 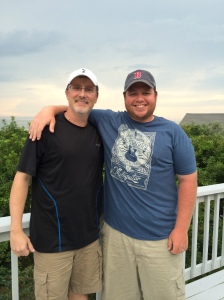 Aaron Gouveia and me at Cape Cod this past August. He’s a fiery New England sports fan, but the NFL’s stupidity regarding Ray Rice and domestic violence is making him feel guilty about watching and supporting football.

3 thoughts on “Ray Rice is a Jerk, but the NFL Doesn’t Care if You Boycott” 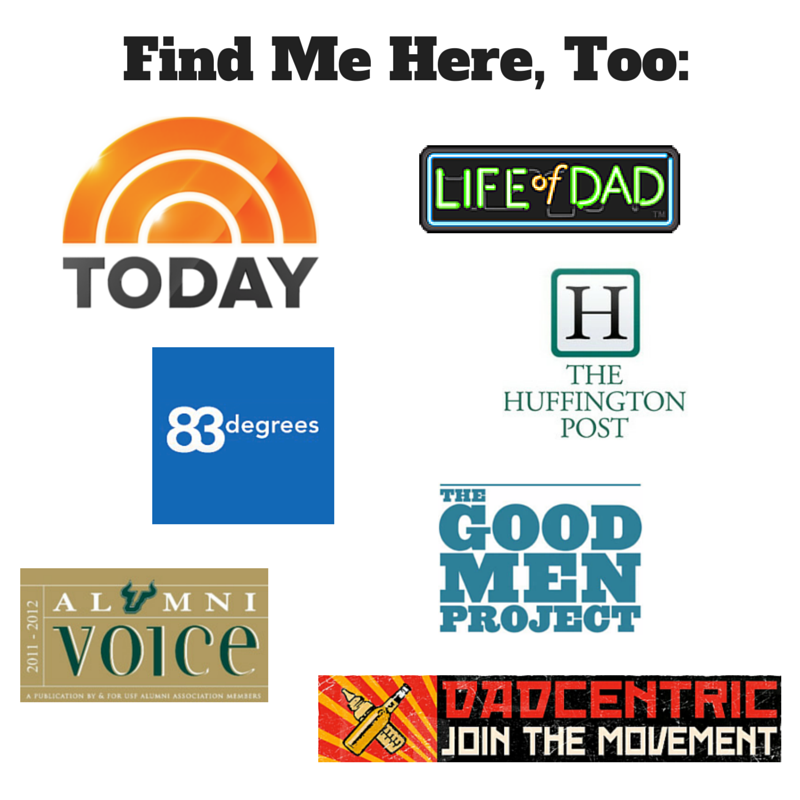